First of all, we must make it clear that talking about optimization without requirements is playing hooliganism, so who told you that millions of concurrency has been achieved on xx machines, basically it can be considered that they do not know how to pretend to understand, and the simple number of concurrency is completely meaningless. Secondly, we must have a goal before we optimize, to what extent, optimization without a clear goal is uncontrollable. Then, we have to figure out exactly where the performance bottlenecks are, rather than messing around aimlessly.

Focus on the analysis

can see that the above three key points all exist in database operations, not only reading the library, but also writing the library. From here, we can see that if there is no cache, all requests are pressed into the database, which is bound to account for the total number of connections, an access denied error, and because the SQL execution is too slow, the request cannot be returned in time. Therefore, the first thing we need to do is to separate the writing library operation, improve the response speed of each request, and optimize the database connection. The architecture diagram of the whole system is as follows: 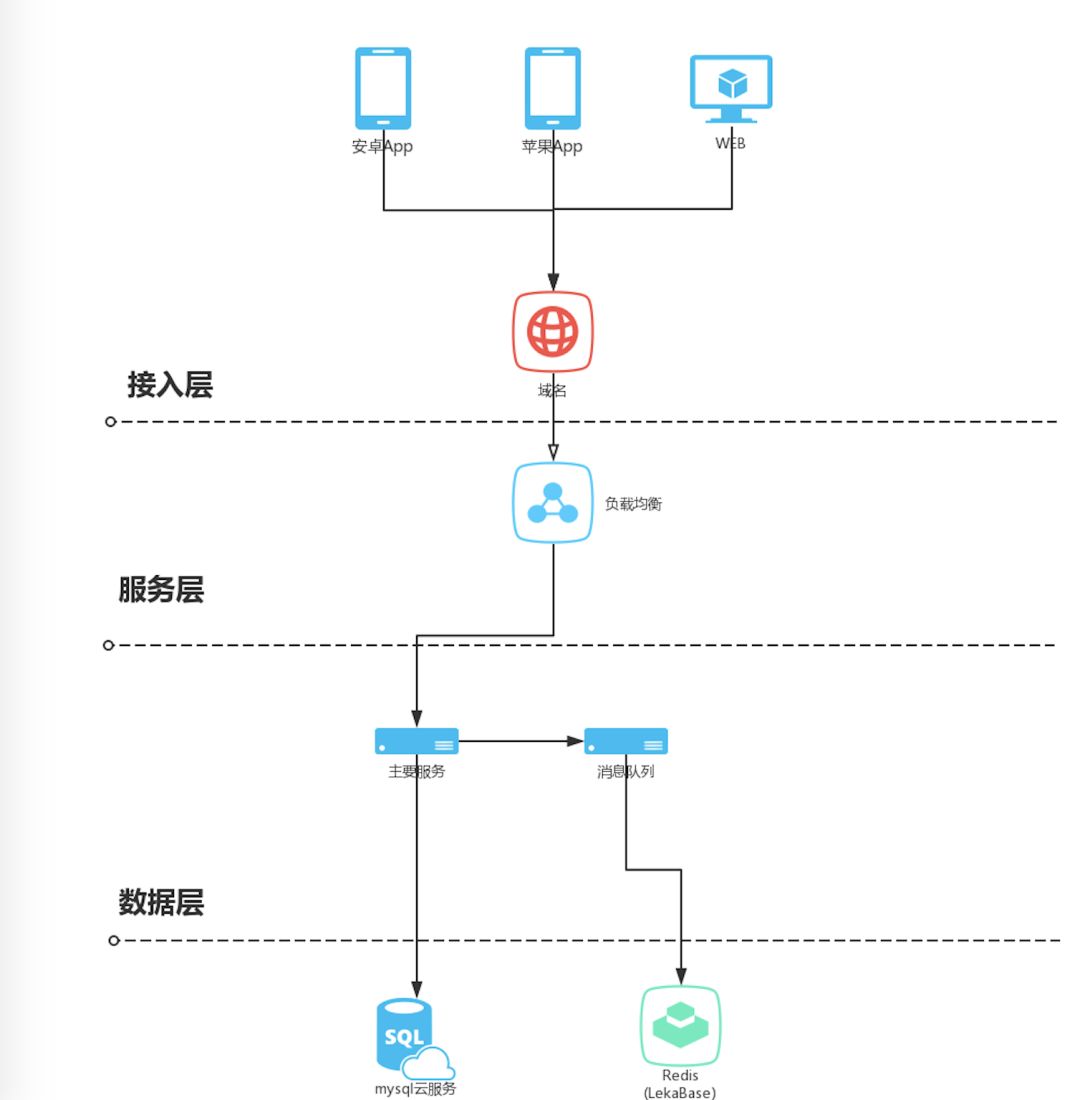 To put the write library operation into a first-in-first-out message queue, in order to reduce complexity, the list of Redis is used to do this message queue.

Then the stress test is carried out, and the results are as follows:

QPS 502 error around 6000 rose sharply to 30%, server CPU jumped back and forth between 60%-70%, the number of database connections was occupied by the number of TCP connections was about 6000, obviously, the problem is still in the database, after troubleshooting SQL statements, the reason for the query is to find out the appropriate user’s configuration operation to read the database each time the number of connections is exhausted. Because we only have 800 connections, too many requests will inevitably lead to database bottlenecks. Well, the problem is found, we continue to optimize, and the updated architecture is as follows 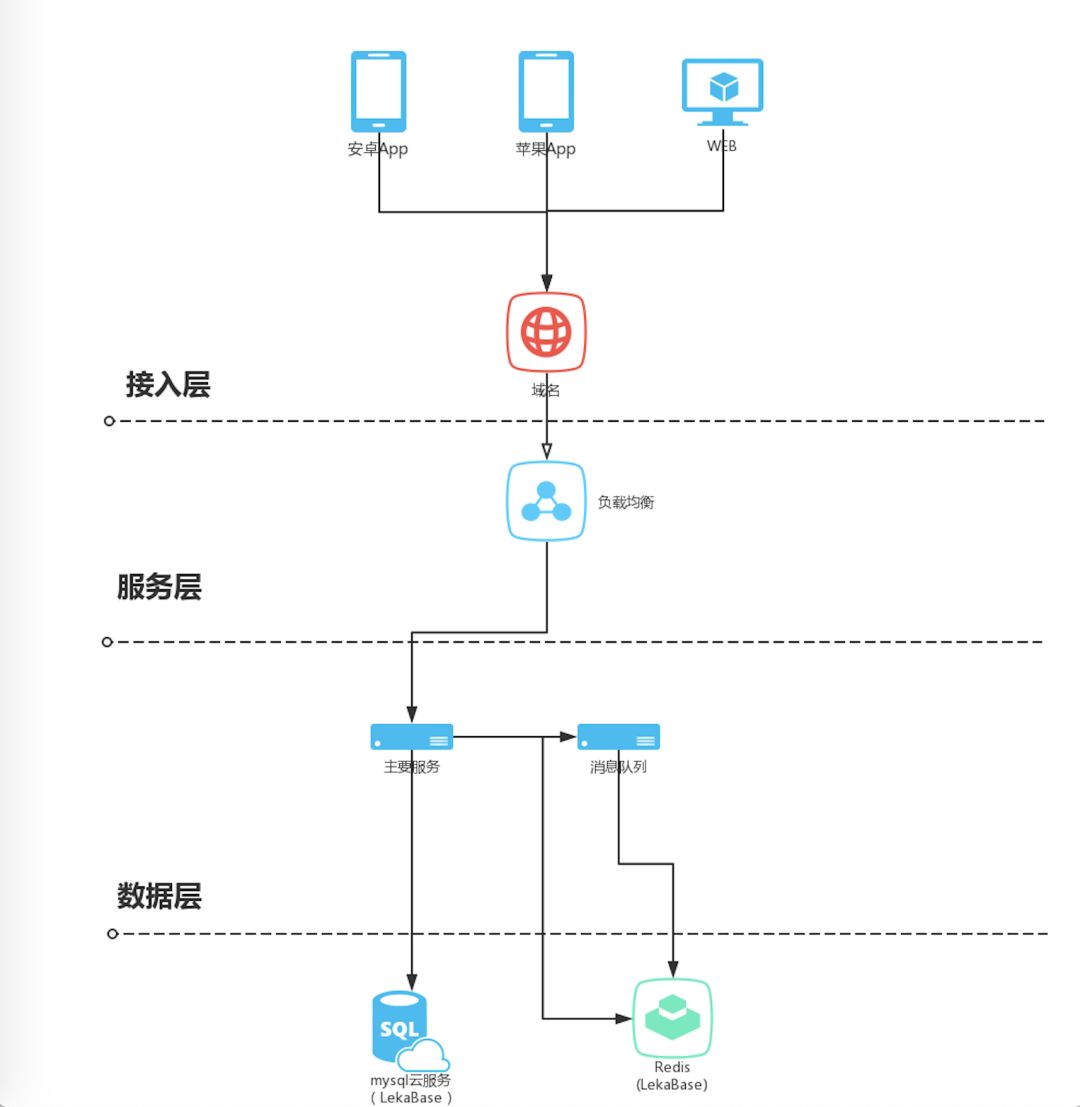 Next, we stress test again, and the results are as follows: when the QPS is pressed to about 20,000,
it can’t go up, the server CPU beats between 60%-80%, the number of database connections is about 300, and the number of TPC connections per second is about 15,000.

This problem is a problem that has

At this time guess, since it is impossible to establish a TCP connection, is it possible that the server limits the number of socket connections, verify the guess

The pressure test was carried out again, and the results were as follows:

Although there is a little improvement, but there is no substantial change, the next few days, I found that I could not find the optimization solution,

those days were really uncomfortable, could not find the optimization solution, a few days later, the problem was sorted out again, found that although the number of socket connections is enough, but not all of them are used, guess, after each request, the TCP connection is not immediately released, resulting in sockets can not be reused. After searching

the data and finding the problem, the

problem is found, we have to continue to optimize, the first thing that comes to mind is to adjust the waiting time after the end of the TCP link, but Linux does not provide this kernel parameter adjustment, if you want to change, you must recompile the kernel yourself, fortunately, there is another parameter net.ipv4.tcp_max_tw_buckets, the number of timewait, the default is 180000. We adjust to 6000, then open timewait for quick recovery, and enable reuse, the complete parameter optimization is as follows

with the development, tuning, and stress testing of the entire service. Looking back on this tuning, I got a lot of experience, and most importantly, I deeply understood that web development is not an independent individual, but a combination of engineering practice such as networks, databases, programming languages, operating systems, etc., which requires web developers to have solid basic knowledge, otherwise there is a problem and do not know how to analyze and find.