Summary: This article describes some of Qunar’s practices for using Flink + Iceberg 0.11. The content includes:
Tips: Click “Read Original“ at the end of the article to view more technical dry goods~

>
https://github.com/apache/flink
welcome everyone to like Flink and send star~

First, the background and pain points

BackgroundWe encountered some problems in the process of using Flink for real-time data storage and data transmission: such as Kafka data loss, Flink combined with Hive’s near-real-time data warehouse performance, etc. The new features of Iceberg 0.11 solve the problems encountered in these business scenarios. Compared with Kafka, Iceberg has its own advantages in some specific scenarios, and here we have made some practical sharing based on Iceberg.

The original architecture used Kafka to store real-time data, including logs, orders, tickets, and more. Then use Flink SQL or Flink datastream to consume the data for circulation. We have developed a platform for submitting SQL and Datastream internally and submit real-time jobs through this platform.

> Kafka storage is expensive and data-intensive. Kafka sets the data expiration time to a relatively short time due to high pressure, and when the data is backpressed or backlogged, if the data is not consumed within a certain period of time, resulting in data expiration, data loss will be caused. 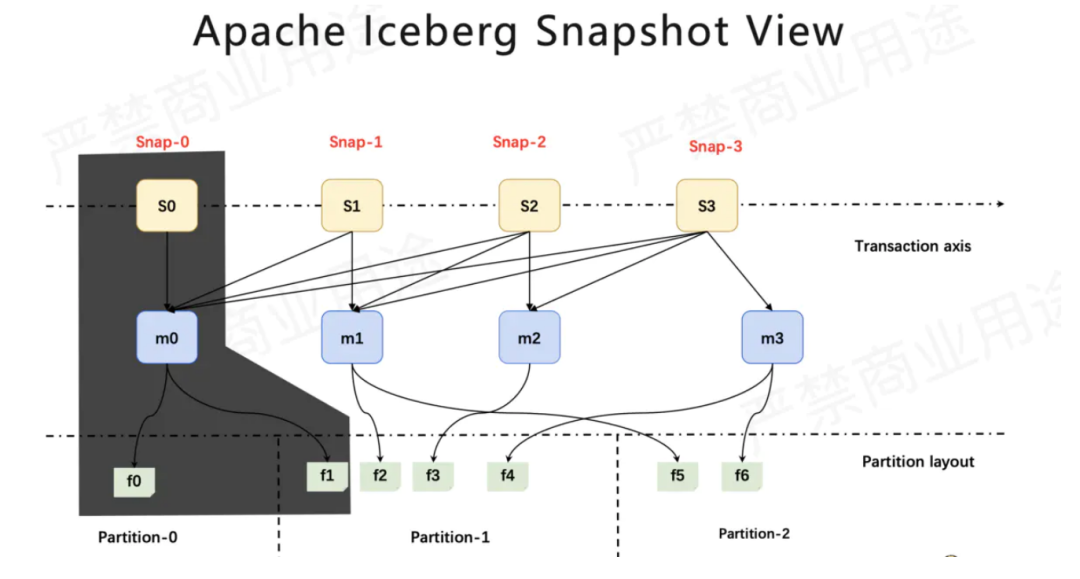 The Iceberg table is a file that actually stores data, usually stored in the data directory, ending in “.parquet”.

Each row is a detailed description of each data file, including the status of the data file, file path, partition information, column-level statistics (such as the maximum minimum value per column, the number of null values, etc.). With this file, irrelevant data can be filtered out and retrieval speed can be improved.

plans are the process of finding “files required for querying” in a table.

The manifest file includes a partition data tuple and column-level statistics for each data file. During planning, query predicates are automatically converted to predicates on partitioned data and applied first to the filtered data file. Next, column-level value counts, null counts, lower bounds, and upper bounds are used to eliminate files that do not match the query predicate.

Each manifest file records the metadata information of the

current data data block, which contains the maximum and minimum values of the file columns, and then indexes to the specific file block according to this metadata information, so as to query the data faster.

Usually we choose Kafka for real-time data storage and log transfer. Kafka is inherently expensive to store, and data retention is time-sensitive, once the consumption backlog reaches the expiration time, the data will be lost and not consumed.

Put business data with low real-time requirements, such as a delay of 1-10 minutes. Because Iceberg 0.11 also supports SQL real-time reads and can also save historical data. This takes the pressure off Kafka online and ensures that data can be read in real time without being lost.

3. Why can Iceberg only do near real-time access to the lake? 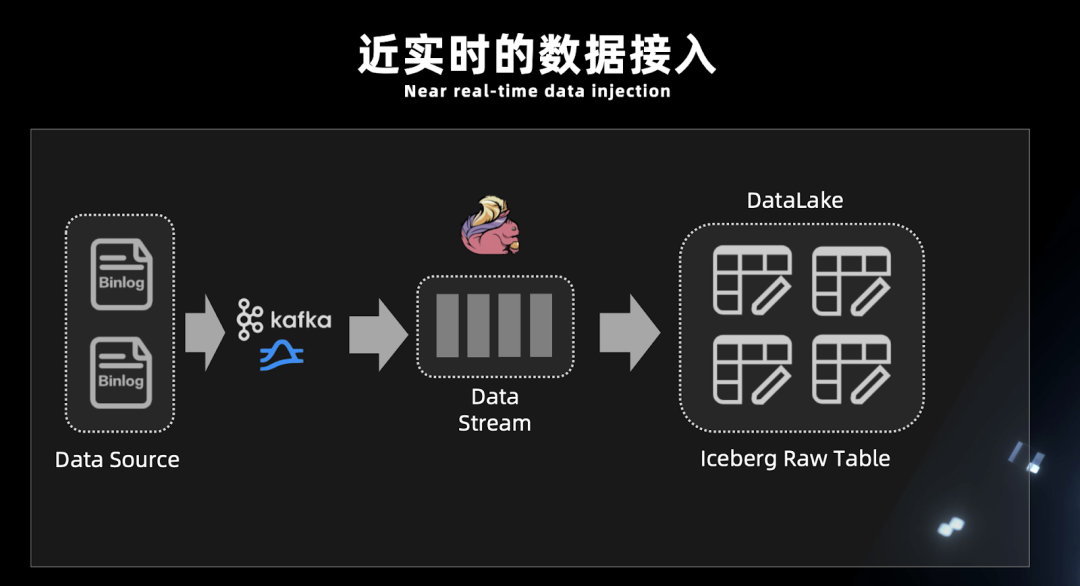 It is mainly used to write records to the corresponding avro, parquet, orc files, generate a corresponding Iceberg DataFile, and send it to the downstream operator.

A list of DataFile files is maintained for each checkpointId, i.e. map

real-time ingress process, consuming Kafka data to write to Iceberg and reading data from Iceberg in near real time.