DeltaLake’s practice in the industrial brain is shared

With the release of Yunqi Industrial Brain 3.0 in 2020, the industrial brain has experienced years of development. This article will share with you the best practices of using DeltaLake in the construction of industrial data middle office, mainly including:

1, processing of heterogeneous stream messages in different locations, and data analysis of

3. Theory of transactions and support

For industrial enterprises, data sources are often scattered around the world, and group-level users often want to obtain data centered on the data middle office, as shown

in the following figure 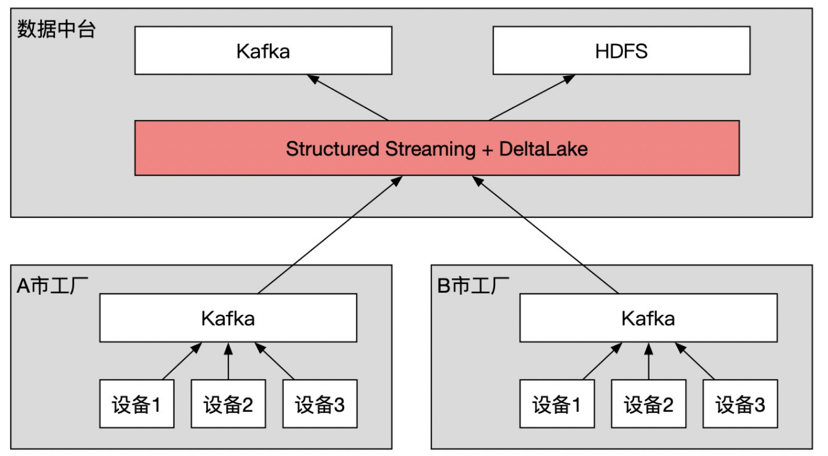 There are many big data components that can do the above tasks, such as Flink and Flume, but the following reasons led us to choose DeltaLake :

supports the use of regular

When encountering the scenario of “writing Kafka data to HDFS in real time”, it is also convenient to use DeltaLake for two main reasons:

In manufacturing, the stable operation of machinery and equipment is crucial to the quality of the finished product, and the most intuitive way to determine whether the equipment is stable is to look at the historical trend of certain sensors over a long period of time A large amount of sensor time series data is processed and written to OLAP storage (such as Alibaba Cloud ADB, TSDB, or HBase) to support the real-time query requirements of upper-layer data analysis applications with high concurrency and low response time.

actual situation is often much more complicated than this, because the level of informatization and digitalization of industrial enterprises is generally not high, the degree of automation of the production process in different industries is also uneven, and there are many equipment real-time data that is actually not accurate, and they need to be used after a certain time (minutes or hours) after manual intervention or recalculation.

actual implementation process, a “rolling overlay” mode is often adopted to continuously rewrite the data in OLAP storage, and the OLAP is divided into “real-time incremental area” and “periodic coverage area”, as shown in the following figure 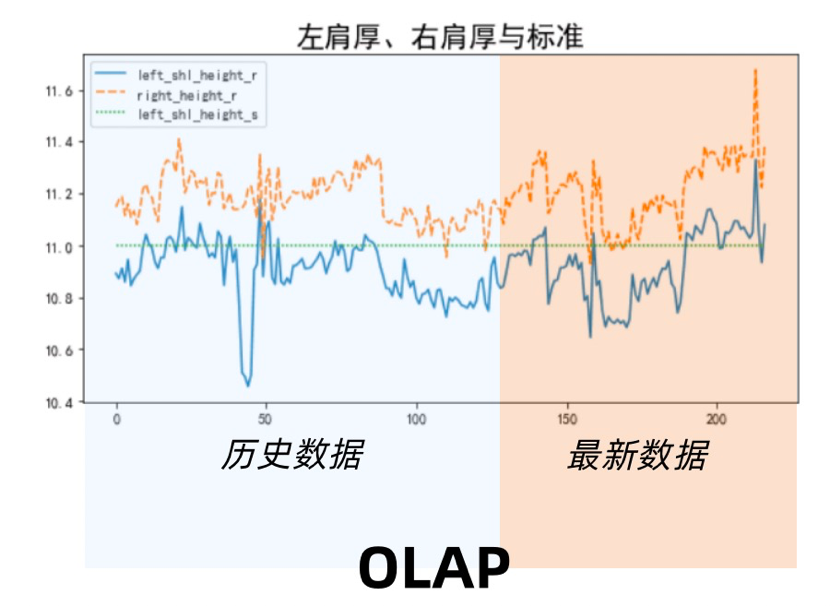 The above figure makes an OLAP store, all data is divided into orange and blue parts, the upper layer data application can query the data of these two regions without discrimination, the only difference is: the latest data in orange, obtained from Kafka in real time by the stream computing job, processed and written; The blue area, on the other hand, is written after the periodic calculation of historical data (adding correction logic) to revise the real-time data yesterday or more ago, so that the cycle repeats itself, while ensuring the timeliness of the data, the historical data is revised and covered to ensure the correctness of the data.

In the past, a stream+batch Lambda architecture was often used, and two different compute engines were used to process streams and batches, as shown in the following figure 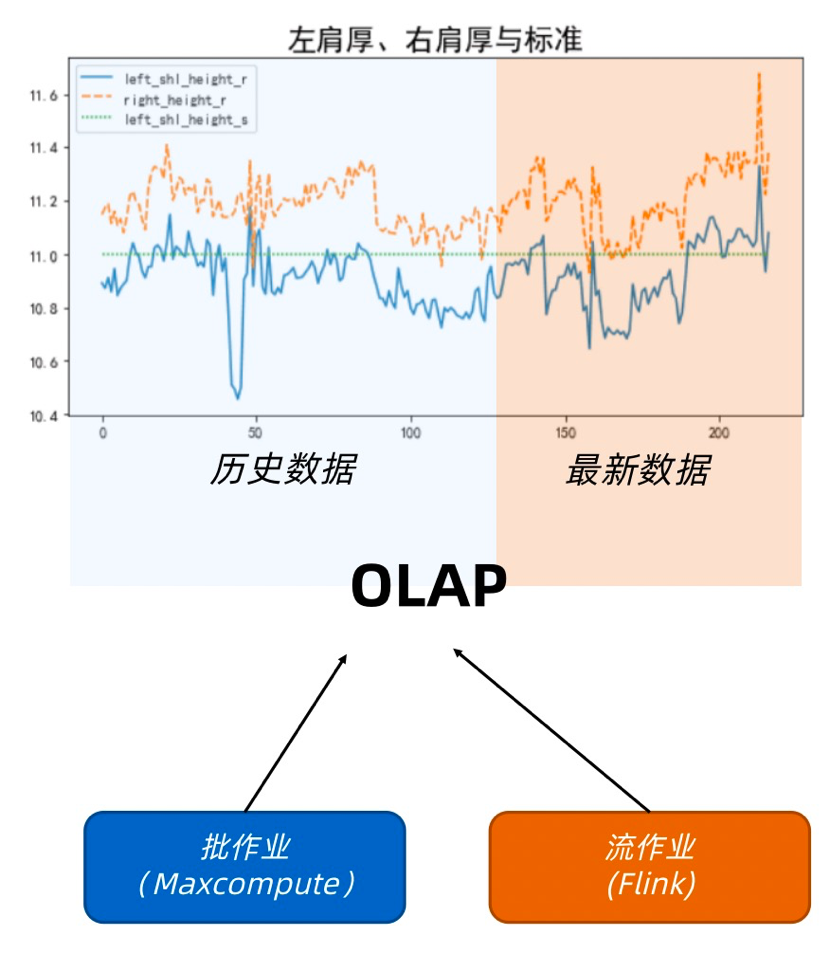 The drawbacks of Lambda architecture can also be seen from this, maintaining two codes on two different platforms, but also to ensure that their computing logic is completely consistent, is a more laborious thing, after the introduction of DeltaLake, things have become relatively simple, Spark’s natural flow batch integration design, it is a good solution to the problem of code reuse and cross-platform logic unification, combined with the characteristics of DeltaLake (such as ACID, OPTIMIZE, etc.), This can be done more elegantly, as shown below: 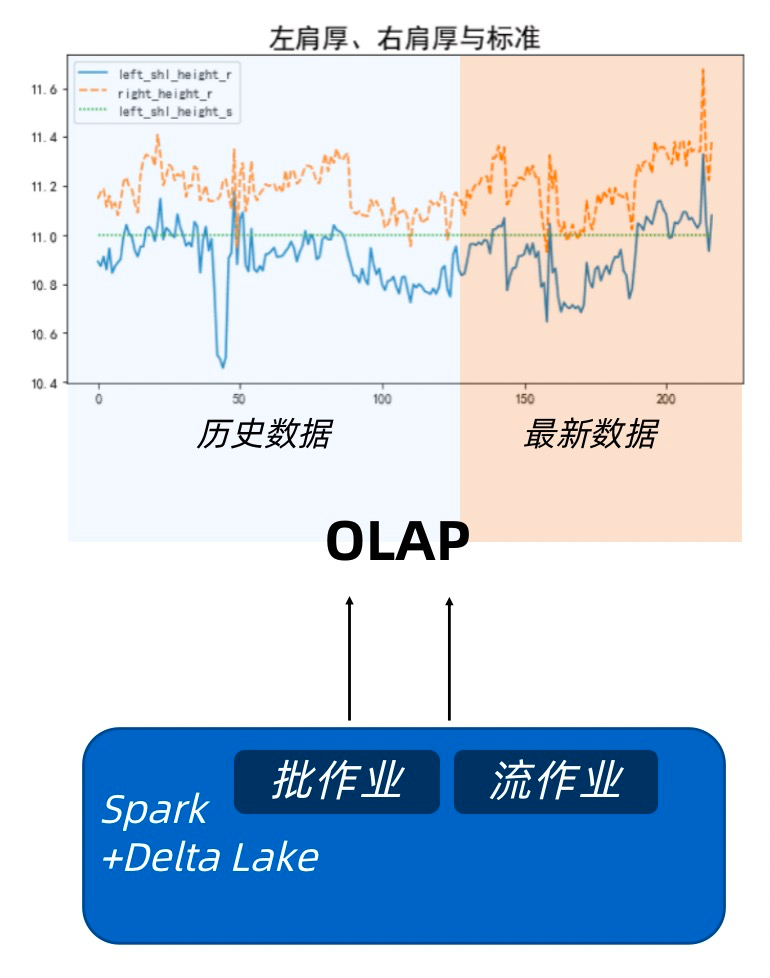 It is also worth mentioning that stream-batch integration is not a unique feature of Spark, but Alibaba Cloud EMR encapsulates SQL on top of SparkSQL and Spark Streaming, enabling business personnel to use Flink SQL-like syntax for job development at a lower threshold, making code reuse and operation and maintenance work in the stream-batch scenario simpler, which is of great significance for project delivery and efficiency

processing of transactions and support for algorithms

However, in the implementation process of the industrial data middle office, the affairs have its unique use scenarios, such as scheduling scheduling, which is a major issue that every industrial enterprise is concerned about, scheduling, often from the group level, according to customer orders, material inventory and factory capacity to reasonably decompose and arrange the current production demand to achieve reasonable allocation of production capacity; Scheduling tends to be more microscopic, at the factory level, according to work orders, materials and actual production conditions to dynamically adjust production plans in real time to achieve maximum resource utilization. They are all programming problems that require many data fusion solutions, as shown in the following figure:

The original data required by the scheduling algorithm often comes from multiple business systems, such as ERP to provide order and planning data, WMS to provide material data, MES to provide work order and process data, these data must be fused together (physical and logical) in order to be used as an effective input to the scheduling algorithm, so in the implementation process often need a unified storage to store data from each system. At the same time, the scheduling algorithm also has certain requirements for the effectiveness of the data, and it requires that the input data can be as consistent as possible with each business system, so as to truly reflect the production situation at that time in order to better schedule.

In the past, we have handled this scenario like this: 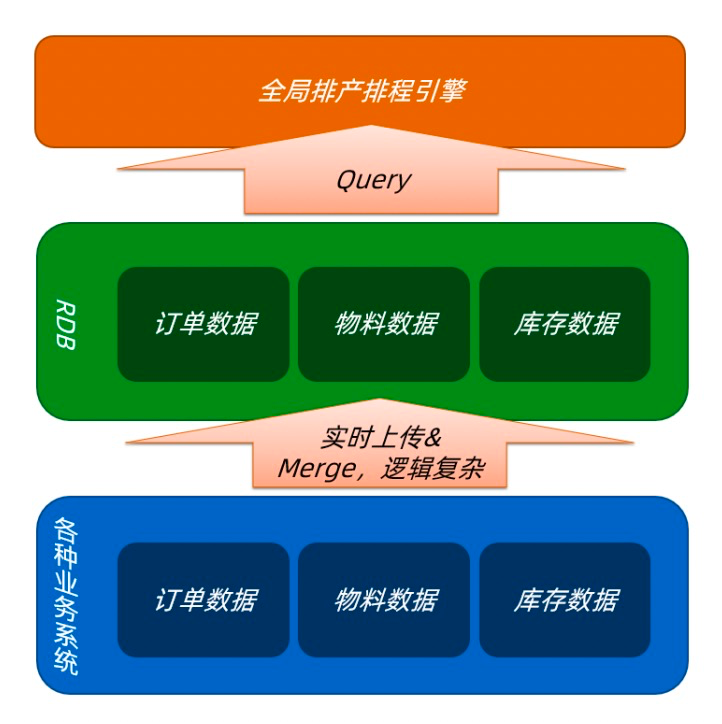 writes to the relational database

> When the scheduling engine is triggered,

are some obvious problems

with the architecture of pulling data from the RDB for operation, mainly

> Use RDB instead of big data storage, query the data into memory during calculation, it will be difficult for the case of a relatively large amount of data

, and we are currently trying to introduce DeltaLake and combine Spark features to optimize this architecture, as shown below 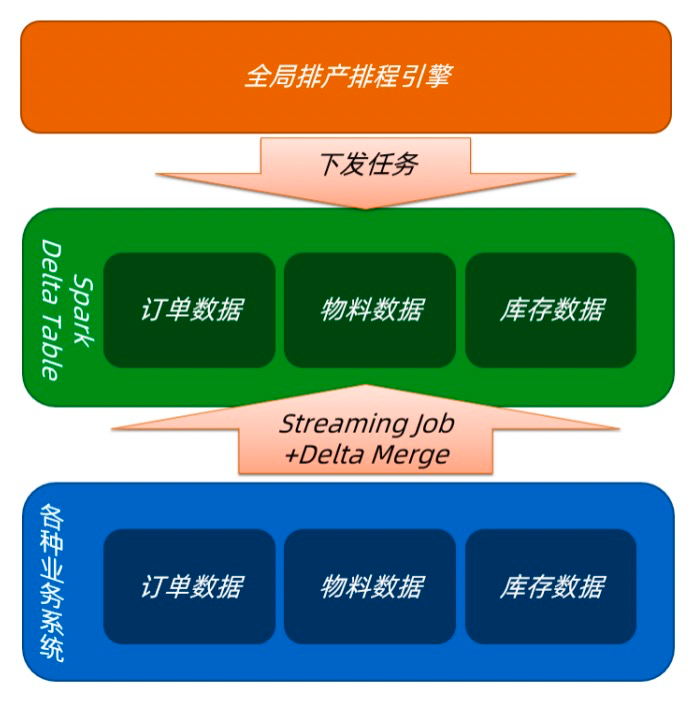 optimized architecture It has the following advantages:

2) Combine DeltaLake’s Optimize+Vacuum and Streaming streaming capabilities to connect upstream Kafka in large quantities There will be better compatibility of data, and at the same time, it can effectively reduce O&M costs3

) Using the Streaming SQL development flow jobs packaged by the Alibaba Cloud EMR team, the development threshold and cost can be effectively reduced during the implementation of large-scale data middle office projects