Abstract: This article is compiled by community volunteer Chen Zhengyu, and the Apache Flink community released version 1.13 in May, bringing many new changes. This article is compiled from Xu Bangjiang’s “In-depth Interpretation of Flink SQL 1.13″ shared by Flink Meetup in Beijing on May 22, including:
Tips: Click on the text At the end of “Read the original article“ you can view more technical dry goods~

https://github.com/apache/flink
welcome everyone to like Flink and send star~

Flink 1.13 is a large community version, solving more than 1000 issues, through the above figure we can see that most of the problems solved are about Table/SQL modules, a total of more than 400 issues accounting for about 37% of the total. These issues mainly revolve around 5 FLIPs, which we will also introduce in this article, they are: 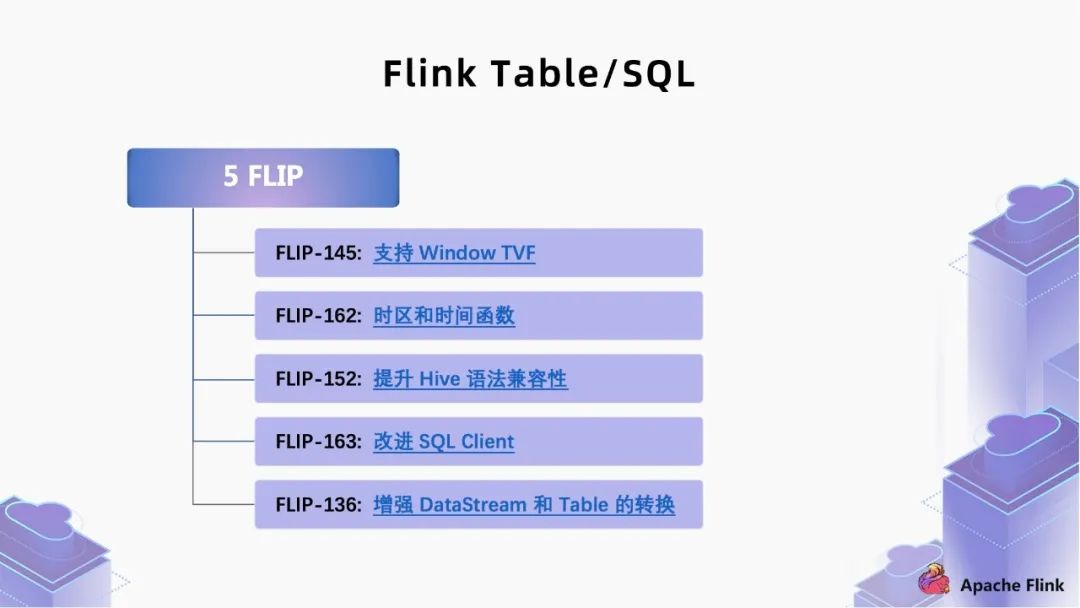 Let’s break down these flips in detail.

Community members should be aware that internal branches of companies such as Tencent, Alibaba, and ByteDance have developed basic versions of this feature. This time, the Flink community also launched TVF related support and optimization in Flink 1.13. The following will interpret this new function from Window TVF syntax, near real-time cumulative computing scenarios, Window performance optimization, and multi-dimensional data analysis.

version 1.13, window was implemented via a special SqlGroupedWindowFunction: